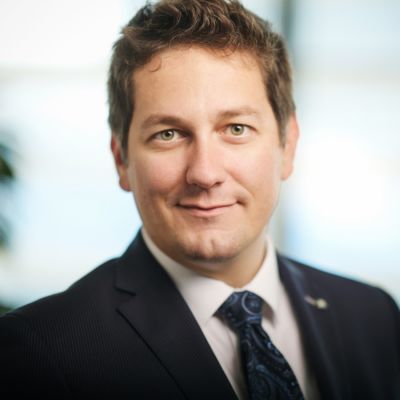 Josef Donát, holder of the prestigious Lawyer of the Year award in the field of ICT law for 2014, is the head of the ICT Law specialization at the ROWAN LEGAL law firm as well as being a registered mediator under Czech legislation. He is a leading author of the unique publication Právo v síti: Průvodce právem na internetu (Law in the network: a guide to internet law, C.H. Beck, 2016).

Josef has been involved in large-scale projects in the field of IT outsourcing, cloud computing, electronic evidence, cyber protection, privacy and the provision of information systems. Recently, Josef has focused on the impact of the eIDAS and GDPR provisions and on the legal aspects of e-commerce.

He has led teams, for instance, in the preparation of contractual documentation to ensure global data connectivity of a multinational banking group. He has assisted in one of the largest outsourcing projects of IT infrastructure and applications in the Czech Republic, as well as providing legal assistance to two of the top three banks in the Czech Republic in determining elements of Critical Information Infrastructure in accordance with the law on cybersecurity.

Josef represents major multinational ICT companies, in particular in relation to programmers developing their own software; he also works on the drafting of license conditions for computer programs and provides support to clients in the negotiation of contracts worth hundreds of millions of crowns. He provides expert advice concerning the selection and procurement procedures for clients from both the private and public sector for supplies or services in the field of ICT and also plays a leading role in the legal support of rapidly evolving technology start-ups, in which advanced technology and innovation place a great demand on correct and appropriate legal steps

For the Czech Banking Association, he led the team responsible for legal issues for the establishment of a unique BankID electronic identification project, in which he negotiated a comprehensive amendment to several legal regulations enabling the extension of the banking license, assisted in setting the complete contractual parameters of the entire project and supported banks in engaging in eGovernment services.

On behalf of the member banks, his team also negotiated the creation of a National Development Fund project, in which the largest financial institutions will invest in public benefit projects worth tens of billions of Czech crowns.

Josef was also a member of the team negotiating the most important project of the coming decades in the Czech Republic, namely the completion of the Dukovany nuclear power plant, where the responsibility of the ROWAN LEGAL team was the most appropriate setting of contractual relations between the state and the investor.

For T-Mobile Czech Republic, he provides legal support for a large-scale transnational project outsourcing the telecommunications infrastructure of a major entity operating in the energy sector.

He provides legal advice to CISCO SYSTEMS (Czech Republic) in the area of the Cyber Security Act and the eIDAS Regulation.

He produced a comprehensive analysis relating to biometric dynamic signatures and their deployment in the financial sector for Česká Spořitelna.

Assisted a number of bodies from the public and private realm in the implementation of the law on cybersecurity, including meetings with representatives of the National Security Office.

Provided comprehensive legal services on the specifics of a total of 4 public procurements for agenda systems and the so-called Unified Information System of Labor and Social Affairs with a value of over CZK 1.8 million, not including VAT. In this project Josef participated in the preparation of the tender specifications containing binding model contracts for the large-scale implementation of information systems running in parallel, including the migration of existing information systems. The Czech Republic’s Ministry of Labor and Social Affairs was the contracting authority.

He is advising the Ministry of Justice on the Probation and Mediation Service for a public contract entitled “Electronic Monitoring System for Criminal Justice”, which is to be awarded in a competitive dialogue.

He provided complete legal services relating to the successful submission of public procurement with a value of approximately CZK 1 billion, not including VAT. The submitter was the Air Traffic Control of the Czech Republic in a “Replacement of the Main System” procurement process with a tender submitted in a competitive dialogue and subsequently in a negotiated procedure with publication, executed completely in English. In this project Josef played a role in the creation of the specified tender conditions containing a binding model contract, which set out the terms for the provision of a new air traffic control system for the Czech Republic.

For the Ministry of the Interior, he prepared a comprehensive assessment of the legal aspects of the deployment of open source software in the field of public administration, including a comparison with the practice in selected EU countries.

Represented several banks against hackers in proceedings before a financial arbitrator in disputes usually based on the misuse of electronic banking.